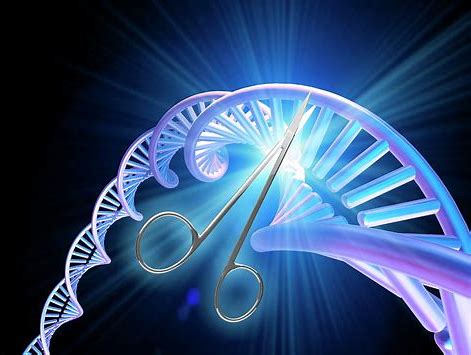 “This is our 38th patent for CRISPR overall, and as a leading innovator of gene-editing technology, we will continue to collaborate with scientists around the world to ensure they have the best gene-editing options to accelerate discovery of lifesaving therapies,” said Angela Myers, head of Gene Editing & Novel Modalities, Life Science, at Merck.

Proxy-CRISPR is a genome-editing technique that makes CRISPR more efficient, flexible, and specific by opening up the genome for modification of DNA. The technology helps scientists modify regions of the genome which are difficult to access.

To deploy the proxy-CRISPR method, two CRISPR systems are designed to target the genome in proximity to each other and work together. One CRISPR system opens a regional “door,” pushing away blocking chromatin proteins, while the other walks through it to find the exact location for modification. The proxy-CRISPR method’s use of two CRISPR binding events increases targeting precision - enabling distinction between identical target sequences within the same genome- a unique advantage over single CRISPR high-fidelity systems.

Merck has received patents for its CRISPR paired nickase technology (cleaving opposite strands of a chromosomal sequence to create a double-stranded break) in Australia, Canada, Singapore, South Korea, Israel, and Europe. Patents for the business’ CRISPR integration technology (chromosomal cutting of the sequence of eukaryotic cells and insertion of a DNA sequence) have been granted in Australia, the United States, Canada, Europe, Singapore, China, Israel, and South Korea. Merck offers licenses for its entire patent portfolio for all fields of use.

CRISPR technology is a core competency for Merck, which has 17 years of hands-on experience with genome editing spanning from discovery to manufacturing. Its experience in the genome-editing field has led to the most comprehensive portfolio of CRISPR and other advanced genomics technologies available anywhere, impacting every step of the workflow, from basic research to therapeutic delivery. Merck offers products and services for a range of applications, including gene knockout, targeted integration, and mutagenesis, and genetic screening libraries to support research in immunotherapeutics, oncology, and infectious disease, among other fields. Merck’s scientists continue to develop powerful, unique technologies that expand these applications and accelerate health-related research.

Merck recognizes that the growing potential of genome-editing technologies has led to scientific, legal, and societal concerns. Merck supports research with genome editing under careful consideration of ethical and legal standards. Merck’s parent company, Merck KGaA, Darmstadt, Germany, has established an independent, external Bioethics Advisory Panel to provide guidance for research in which its businesses are involved, including research on or using genome editing and has developed, defined, and transparently published a clear Genome-Editing Technology Principle taking into account scientific and societal issues to inform promising therapeutic approaches for use in research applications.