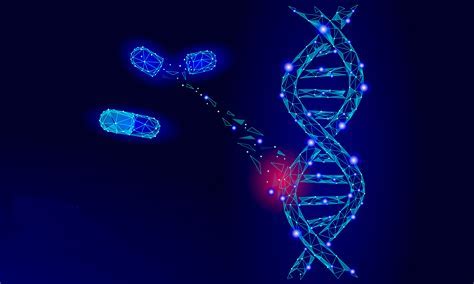 Pulmonx Corporation (Nasdaq: LUNG) (“Pulmonx”), a global leader in minimally invasive treatments for severe lung disease, announced today that the Japanese Ministry of Health, Labour and Welfare (MHLW) has approved the Zephyr® Endobronchial Valve for treating severe COPD/emphysema patients following a positive recommendation by Pharmaceuticals and Medical Devices Agency (PMDA). The Zephyr Valve is a minimally invasive treatment option that can deliver significant benefits to patients including improvements in lung function, exercise capacity, and quality of life.1 Placed by bronchoscopy, with no cutting or incision, the valves are for patients who remain symptomatic despite optimal management including medications, pulmonary rehabilitation, and supplemental oxygen. Pulmonx intends to collaborate with the Japanese MHLW to gain reimbursement prior to commercialization in Japan to ensure broader access to its innovative and clinically proven treatment.

“The Zephyr Valve is a breakthrough technology because it is the first bronchoscopic procedure option that can provide significant improvements to patients with no improvement in their symptoms despite optimal medical therapy,” stated Prof. Masamichi Mineshita, St. Marianna University School of Medicine, Department of Respiratory Medicine, Kawasaki, Japan. “Many patients with advanced disease continue to struggle to breathe, making even simple daily tasks difficult. Having a treatment that can help patients breathe easier and live a better quality of life, without surgical intervention, will be a major step forward in COPD care in Japan.”

Over 600,000 Japanese patients suffer from severe COPD, including approximately 100,000 patients with severe disease where hyperinflation causes them to remain symptomatic despite adhering to their medications, doing pulmonary rehabilitation, and using supplemental oxygen.2 Hyperinflation, in which air becomes trapped in the lungs and prevents new air from coming in, causes severe shortness of breath. The inability to get enough air and proper gas exchange in the lungs often prevents these patients from doing simple daily activities such as bathing, getting dressed, performing household chores and walking, without stopping to catch their breath. Until now, the only other options for these patients were invasive treatments such as lung volume reduction surgery or lung transplantation.

The one-way Zephyr Valves are placed in a selected lobe of the lung (generally the most diseased lobe and with little to no collateral ventilation) during a bronchoscopic procedure to occlude the target lobe and reduce hyperinflation. This relieves pressure off the diaphragm and allows the healthier parts of the lungs to expand and function more effectively, thereby decreasing shortness of breath and making breathing easier.1

“We are excited about this approval and the opportunity to enable the Japanese medical community to bring a much-needed treatment option to patients with severe COPD/emphysema,” stated Glendon French, President and Chief Executive Officer of Pulmonx. “Japan is the second largest healthcare market in the world and represents a valuable opportunity to bring our innovative treatment to a large group of patients who have had few options once medical management alone fails to control their disease.”

The approval is based on a thorough review by the PMDA of the positive clinical data from the pivotal LIBERATE Study1 that enrolled patients with heterogenous emphysema distribution and the IMPACT Study3 that included patients with homogeneous emphysema distribution. Both studies were published in the American Journal of Respiratory and Critical Care Medicine and showed that patients treated with Zephyr Valves had a statistically significant and clinically meaningful improvement in lung function, exercise capacity, and quality of life compared to patients who received medical management alone.