Japan based Kanazawa University research: Elucidating the structure of nanomaterials found in crustaceans

In a study recently published in the journal Small Methods, researchers from Kanazawa University used 3D atomic force microscopy to reveal the structural chemistry of chitin, a nanosized biomolecule derived from certain crustaceans 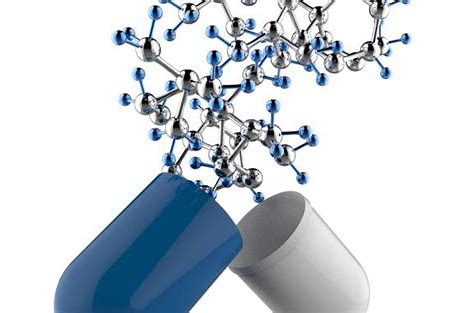 What do crabs, shrimps, and fungi have in common? Besides being culinary delicacies, they all contain a biomolecule called chitin on their external coating. Attributed to its strength and non-toxic nature, chitin is gaining popularity in bioengineering applications such as drug delivery systems. However, scientists are still uncertain about the exact structure of chitin and its interactions with water -- a medium it routinely comes in contact with during chemical processes. Now, a research team led by Ayhan Yurtsever and Takeshi Fukuma at Kanazawa University has used a form of high-resolution microscopy to understand the chemical nature of chitin's surface and its reaction patterns with water.

The researchers first isolated chitin from shrimp shells for their experiments. Its surface was then scrutinized using 3D atomic force microscopy (AFM) in addition to a traditional electron microscope. Both these techniques revealed a homogenous layer of highly organized needle-shaped crystals on the surface. Next, these crystals -- the primary points of interaction with water molecules -- were looked at up close. It was found that in addition to their highly crystalline nature they were surprisingly devoid of any structural disarray. This led the group to conclude that hydrochloric acid (which aided in the extraction of chitin from shrimp cells) was indeed successful in removing all other particles from the chitin surface, keeping only the crystals intact. The structural integrity of chitin was not compromised.

Finally, the team used simulations to observe the chemistry between the chitin and water molecules and found that the latter formed well-organized layers encapsulating the chitin surface. A closer analysis of their interface revealed robust chemical bonds between the two molecules. However, the water layer had a heterogeneous appearance with sporadic absences of water molecules. This pattern led the team to believe that the chitin surface consisted of two types of molecular groups: those that interacted with water and those that did not. Knowledge of this pattern is useful in formulating future chemical reactions with chitin.

"These findings provide important insights into chitin NC structures at the molecular level, which is critical for developing the properties of chitin-based nanomaterials," concludes the team. The chemical treatment of chitin, which is often a prerequisite for formulating functional nanomaterials, can be developed better with the structural knowledge of chitin nanocrystals in mind.

Chitin: Chitin is a naturally occurring polymer found in the shells of crustaceans and the outer wall of fungi. It is responsible for providing strength to these external coatings of organisms.

In recent years, chitin has been used as a nanomaterial across engineering and medical fields. It has been used as reinforcement material, for water purification, and for the delivery of drugs. Creating nanomaterial from chitin requires chemically modifying its structure with enzymes (a reaction that often requires an aqueous environment). Thus, understanding the structure of chitin and its interactions with water are important for research in this area.

3D-AFM: Atomic force microscopy is a high-resolution tool used to elucidate the surface structure and topography of single molecules. This technique involves a pointed lever that grazes over a surface and sends out a signal based on its movement. The signals are then compiled to create an image of the molecule's surface. However, formulating nanomaterials accurately requires a three-dimensional overview of surfaces. Thus, the researchers used a more advanced version of AFM in this study, which captured the structure of chitin crystals in 3D.