ExoCoBio Inc., the 4th largest exosome player in the world, announced the initiation of its “Project EGMP”, starting with the construction of the world’s first exosome-based drug manufacturing & R&D facility (“EGMP facility”) in Osong, Chungcheongbuk-do, South Korea. Osong was created for a bio-cluster to attract biotechnology businesses with government agencies like Korea FDA. 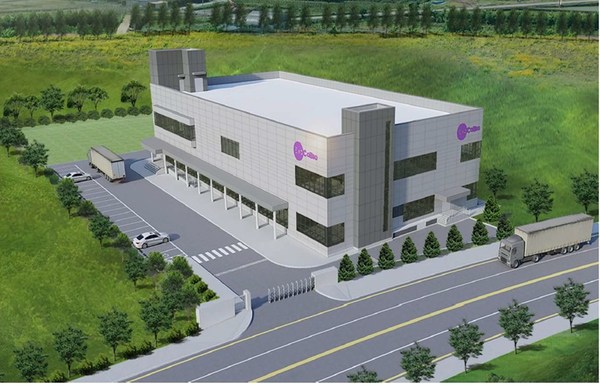 ExoCoBio will invest approximately US $20M to build the EGMP facility whose project actually started in 2019, and after two years of intensive preparation its construction finally began in August this year.

This EGMP facility, a two-story building with 21,000 sq ft per story on a site of 71,000 sqft, is expected to become a world-class facility of innovative exosome-based new drugs.

In particular, this EGMP facility will have installed two types of advanced exosome production lines, not only for naïve stem cell exosomes of regenerative medicine, but also for genetically engineered exosomes as a new future therapeutic portfolio, both of which have been continuously developed by ExoCoBio.

With the establishment of the EGMP facility, ExoCoBio’s goal to apply for phase 1 clinical trials in the United States in 2023 is expected to gain stronger momentum for the development of a variety of exosome-based therapeutics against significant inflammatory diseases such as atopic dermatitis, SARS-CoV-2, Dupilumab Facial Redness (DFR), and others. ExoCoBio is already selling its exosome products in the United States through its long-term partner and exclusive distributor, BENEV Company Inc., which is a California based FDA-approved manufacturer and distributor of skincare and regenerative solution products and medical devices. ExoCoBio will continue seek to broaden its presence in the regenerative aesthetics and exosome-based therapeutic markets in North and South America in conjunction with BENEV.

Additionally, it was stated that ExoCoBio will plan to promote exosome CDMO business through partnering with global exosome researchers and companies who require large scale exosome production.

The EGMP facility is expected to be completed by the end of 2022, and ExoCoBio forecasts a quantum jump in its business of both regenerative aesthetics and exosome-based therapeutics in 2023.

“It is of great significance that the world’s first exosome-centric GMP manufacturing facility will be built in South Korea, and many global researchers and companies are already showing interest for potential partnering. By solving the mass production issue which is a big hurdle in the exosome field at present, this EGMP project will be spotlighted as an important platform in the global exosome industry.”, stated Byong Cho, CEO for ExoCoBio.