Everest Medicines (HKEX: 1952.HK), a biopharmaceutical company focused on developing and commercializing transformative pharmaceutical products that address critical unmet medical needs for patients in Greater China and other parts of Asia, announced today the Taiwan Food and Drug Administration and Ministry of Food and Drug Safety in South Korea have granted fast-tracked approval process to Nefecon® 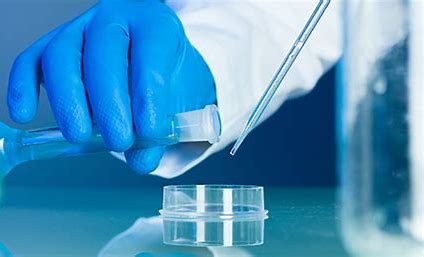 -- Nefecon is a first-in-disease treatment for IgAN patients and has been approved in U.S. and E.U.

Nefecon is our lead product in the renal disease portfolio as a first-in-disease treatment for primary immunoglobulin A nephropathy (IgAN) and a New Drug Application (NDA) has been accepted in mainland China.

"We are very pleased to receive accelerated review and approval process for Nefecon in Taiwan and South Korea, which will help bring this therapeutic option to patients in Asia faster," said Rogers Yongqing Luo, Chief Executive Officer of Everest Medicines. "While primary IgAN has much higher prevalence in Asia than elsewhere in the world, there are no established treatments for patients living with the chronic condition, underscoring the significant and urgent unmet need for this innovative medicine."

The Taiwan Food and Drug Administration has granted Accelerated Approval Designation (AAD) to Nefecon, which will enable NDA submission and priority review of Nefecon based on topline results from Part A of NefIgArd, the pivotal global Phase 3 clinical trial. Meanwhile, the Ministry of Food and Drug Safety in South Korea granted ODDi for Nefecon, which will significantly accelerate NDA filing and approval with an increased probability of priority review designation. Earlier this month, the China National Medical Products Administration (NMPA) accepted Everest Medicines' NDA for Nefecon in mainland China, bringing Nefecon an important step closer to becoming the first-ever therapeutic option indicated for around 5 million IgAN patients in the country. The NMPA recommended Breakthrough Therapy Designation (BTD) for Nefecon for the treatment of IgAN in December 2020.

Everest Medicines announced in April 2022 that reduction in proteinuria and stabilization of eGFR in a Chinese subpopulation after 9 months of treatment with Nefecon were consistent with topline results from Part A of the pivotal global Phase 3 clinical trial NefIgArd, which were reported by our partner Calliditas Therapeutics AB in November 2020. Results from Part A of the NeflgArd study were published in Kidney International in October 2022 which showed urine protein-to-creatinine ratio (UPCR) was 27% lower in the Nefecon group at nine months of treatment compared with placebo, along with a benefit in eGFR preservation corresponding to a 3.87 ml/min/1.73 m2 difference versus placebo. Nefecon was also well-tolerated.

Renal disease is a key focus area for Everest Medicines. In addition to Nefecon, Everest's renal portfolio also includes EVER001, a next-generation covalent reversible Bruton's tyrosine kinase (BTK) inhibitor in development for the treatment of glomerular diseases, and several preclinical programs targeting glomerular nephropathy with the most advanced program expected to enter the clinic in two years.

Nefecon is approved and marketed in the U.S. under the name TARPEYO® and in the E.U. as Kinpeygo®.