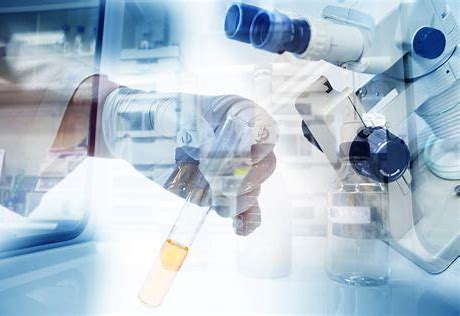 Standigm, the workflow AI-driven drug discovery company, today announced the celebration of its Synthetic Research Center's first year. In the last 12 months, the company has collaborated with outside researchers to create hundreds of novel molecules that help speed drug discovery.

"Having a synthetic lab is essential as many medical chemists regard themselves as bench scientists and don't like desktop-only jobs," said Hanjo Kim, SVP of global strategy and head of medicinal chemistry at Standigm. "Synthesizing molecules is a time-determining step in early drug discovery projects and the externalization of this essential function is a significant risk for any drug discovery company."

Standigm has synthesized numerous novel molecules, which themselves are a source of chemical novelty.

Standigm's medicinal chemists actively work with a team of AI scientists to solve the problem of synthetic accessibility, which is necessary for AI-based drug discovery. These scientists meet for one full day per month to discuss various themes. For example, in one case, approximately 30 novel molecules were synthesized in a few weeks, which accelerated the successful completion of a project. In another case, they collaboratively developed a sample management system, called STADIUM, which is used to check the daily status of the chemical library.

"We wanted to diverge from conventional labs by using novel technologies, such as DeepMatter's Digital Glassware, which is a real-time reaction data capturing system," said Kim. "This is an important point because our scientists should be able to imagine novel workflows even for a simple organic reaction. Without that, tagging the chemical structures with the synthetic accessibility level was virtually impossible because we had considerable difficulty understanding the cause of the different opinions, even in basic chemistry theory."

The problem was that scientists needed good synthetic accessibility models with different feature sets for various workflows, which were designed by the AI scientists. The goal was to develop a flexible model that coulc meet the requirements of various scenarios considering the available resources, such as reaction databases, retrosynthesis planning tools and essential cheminformatics tools. Ultimately, theey were able to create an ad-hoc model by integrating those elements so they could be applied in various ways.

Standigm's Synthetic Research Center is now being used to accelerate the progress of novel and promising projects. The company's in-house scientists are working with external contact research organizations (CROs) on many different chemical series which require highly sophisticated ways of managing resources and distributing jobs to various teams with different capabilities. The retrosynthesis planning tools, including Synthia from Merck KGaA and ICSynth from DeepMatter, are used in a totally different way from the conventional derivative synthesis campaign in a lead optimization stage as the researchers consider hundreds of novel scaffold compounds in a few months, usually in a hit-to-lead stage.

To date, Standigm researchers have synthesized hundreds of novel molecules for projects, many of which are designated as hit and lead molecules in different contexts. By adopting AI-based models and commercial resources, Standigm was able to reduce the time for the first round of novel compound generation from 6 months to an average of two months for most projects. Now, the first go and no-go decisions can be made in an average of seven months instead of 3-4 years.

Standigm's diverse and novel chemical library is an invaluable resource for drug discovery, especially when combined with unbiased AI models that can identify the most promising starting point of an early drug discovery project. Because all Standigm compounds are designed by sophisticated algorithms to have enough novelty, any information-rich biological screening system can be integrated into Standigm's library to secure an unexplored position of vast chemical space. Using this strategy, Standigm has been able to secure several hit compounds.

Synthetic accessibility and novelty are important because a synthetic chemist should be able to select the best synthetic route among lots of possibilities. However, traditionally, this has been a multiparameter optimization problem which is troublesome to solve, even for experts in the field.

Standigm developed a new set of AI algorithms that execute within in practical workflows so scientists can work faster and more iteratively than they have in the past. This agile approach also enables faster model optimization baked on feedback than conventional research cases.

"The lab enables the creation of a closed-loop system that consists of reinforced learning and high-quality experimental data generation," said Kim. "Both biology and chemistry experiments can be automated and combined with appropriate AI algorithms."