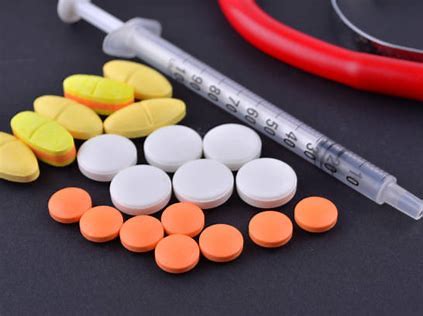 Daewoong Pharmaceutical (Daewoong) has confirmed promising phase 3 topline results that focuses on the therapeutic effects as an Enavogliflozin monotherapy and a combination therapy with Metformin. Daewoong's Enavogliflozin is an SGLT-2 inhibitor in development for the first time in Korea. The recent topline report makes it highly anticipated for the successful outcome of the phase 3 clinical trial of which final report will be released in the second half of this year.

Professor Kyong Soo Park of Seoul National University Hospital as a coordinating investigator and principal investigators from 22 institutions have participated in the phase 3 clinical trial for Enavogliflozin as a monotherapy (ENHANCE-A study). The study was conducted as a multicenter, randomized, double-blind, placebo-controlled, and therapeutic confirmatory trial which comprised of 160 patients with type 2 diabetes. The primary endpoint was to investigate the difference between the Enavogliflozin group and the placebo group in the baseline change of glycated hemoglobin (HbA1c). According to the topline report, it was preliminarily observed to be 0.99%p at 24 weeks since the administration of the investigational product, which confirmed statistical significance (P-value<0.001). HbA1c, which is a final product of hemoglobin conjugated with blood glucose, is a gold standard measure to determine the severity of diabetes.

In addition, there was a positive study outcome which was observed in another phase 3 clinical trial of combination therapy of Enavogliflozin with metformin by Daewoong Pharmaceutical (ENHANCE-M). ENHANCE-M study was run by Professor Gun Ho Yoon of The Catholic University of Korea Seoul St. Mary's Hospital as coordinating investigator and principal investigators from 23 institutions. The trial was conducted with 200 patients with type 2 diabetes who have inadequate control of blood glucose with Metformin. Based on the results regarding the baseline change of HbA1c. The group of patients who were concomitantly administered Enavogliflozin with Metformin have successfully demonstrated its non-inferiority to the group which was concomitantly administered Dapagliflozin with Metformin. The safety outcome in the group administered with Enavogliflozin was also confirmed as there were no unexpected adverse events or drug adverse reactions occurred.

The investigators said, "The phase 3 clinical trial for Enavogliflozin monotherapy (ENHANCE-A) and Metformin combination therapy (ENHANCE-M) with a total of 360 Korean participants have demonstrated outstanding glucose-lowering effect and safety of the drug. Enavogliflozin will become an excellent treatment option for the patients with type 2 diabetes if the same results are confirmed from other combination therapies."

As significant results were obtained from the both trials for monotherapy and Metformin combination therapy, Daewoong is excited to roll out a new SGLT-2 inhibitor for the first time in South Korea. Daewoong plans to immediately apply for the new drug approval and to launch not only Enavogliflozin and but Enavogliflozin/Metformin fixed-dose-combination (FDC) drug by 2023. Meanwhile, Daewoong was already approved for a phase-1 study to test bioequivalence study of FDC of Enavogliflozin and Metformin in January 2022.

"With the success of the recent clinical trials, we are expected to provide the local patients the country's new Best-in-Class drug for diabetes in a near future," said Sengho Jeon, Daewoong Pharmaceutical CEO. "We will strive to release the next-generation drug and help those who suffer from diabetes and complications, while securing growing momentum of the company