BioFactura Announces Initiation of Phase I Study of BFI-751, a Stelara® Biosimilar

BioFactura, a leading developer of high-value biosimilar and biodefense drugs using its patented StableFastTM platform, announces today the initiation of a pivotal PK (pharmacokinetics) Phase 1 Clinical Trial for its Ustekinumab Biosimilar (BFI-751), to assess the effects on healthy human volunteers compared to the biologic medicine, Stelera®. This is the first time BFI-751 has been administered to humans, as authorized by the Ethics Committees in both Australia and New Zealand. 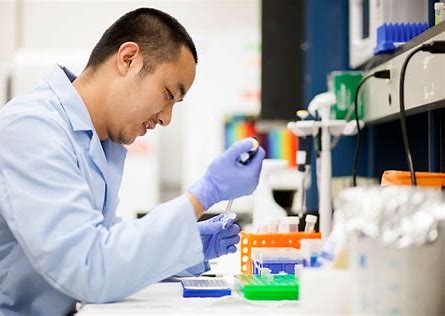 BFI-751 is being developed by BioFactura Australia Pty Ltd as a biosimilar drug to Stelara® (EU licensed and US licensed) (ustekinumab), which is a prescription biologic medicine used to treat people with Crohn's disease, ulcerative colitis, plaque psoriasis and psoriatic arthritis. Stelara® is an immunosuppressant that reduces the effects of inflammatory proteins within the body.

The first-in-human Phase I study initiated by BioFactura Australia Pty Ltd is a bioequivalence randomized, double-blind, trial being conducted in Australia and New Zealand. The study’s primary purpose is to compare pharmacokinetics of 751-BFI to US-Stelara® and EU-Stelara® following a single dose under the skin. The study will also assess the safety and tolerability of BFI-751 in 210 healthy volunteers and their immune response.

The first three sentinel groups have been dosed with no significant adverse events reported to date. As such, the Safety Review Committee has recommended the study progress with the opening of all three clinical sites, in Adelaide and Brisbane, Australia, and Auckland, New Zealand, which are now accepting new volunteers for the trial.

Dr. Jeffrey Hausfeld, Chairman of the Board and Chief Medical Officer of BioFactura, Inc. states,

“As a physician, it is exhilarating to be part of the journey at BioFactura. From biopharmaceutical research and development to manufacturing and the initiation of this pivotal trial, it is clear how much progress has been made.

He added: “Given the prevalence and impact of autoimmune diseases on people across the globe, it is exciting to be taking the next step forward to making a positive impact on these patients’ lives. Dedicated scientific professionals at BioFactura, as well as our trusted Australian collaborators, Avance Clinical and Bentleys SA/NT, have made this milestone a reality.”

“The initiation of this inaugural first-in-human study is an important milestone for BioFactura as it marks the beginning of clinical development of the first product candidate in our biosimilar pipeline. Drugs such as Stelera® are optimally suited for biosimilar development employing our StableFastTM technology which uniquely positions BioFactura for the future as we look to increase market share.

“We have reached this point as a result of tremendous effort and unwavering commitment of the BioFactura team over the past several years. I am truly proud of their efforts and look forward to the next clinical phases of product development as well as bringing through other programmes in our pipeline.”