Melbourne biotech company Starpharma has announced the publication of new data demonstrating the capability of its Viraleze antiviral nasal spray to protect against SARS-CoV-2 in an animal challenge model of SARS-CoV-2 infection[1]. Viraleze administered nasally reduced viral load by more than 99.9% in the lungs and trachea of animals challenged with the SARS-CoV-2 virus, compared to saline-control. 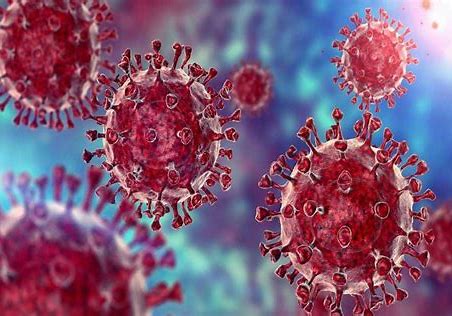 The findings, published in the peer-reviewed journal Viruses, in a special issue titled Medical Interventions for Treatment and Prevention of SARS-CoV-2 Infections (https://www.mdpi.com/1999-4915/13/8/1656), provides further validation for Viraleze against SARS-CoV-2.

The antiviral agent in Viraleze, SPL7013, has previously been shown in vitro to have potent antiviral and virucidal activity in multiple variants of SARS-CoV-2, including inactivation of >99.9% of the Delta variant.

Viraleze was developed for application in the nasal cavity to help reduce exposure to respiratory viruses, including SARS-CoV-2. The product is registered for sale in Europe and India, and available online in certain markets via www.viraleze.co.

Global data indicates that vaccines against COVID-19 are highly effective in preventing hospitalisation and death, but that vaccinated individuals can still become infected and shed virus. Complementary interventions, like Viraleze, could potentially be used to reduce viral load at the primary site of initial infection and could also be helpful to reduce shedding of infectious virus.

The latest study, conducted at The Scripps Research Institute, used a humanised SARS-CoV-2 mouse model recommended by the WHO. The results show that Viraleze administered nasally significantly reduced SARS-CoV-2 viral load in the respiratory tract, in the blood and in other organs in Viraleze treated animals.

The impressive protective effects of Viraleze in this SARS-CoV-2 animal model are consistent with the previously reported virucidal activity of SPL7013[2], demonstrating potent antiviral activity in multiple respiratory viruses and multiple variants of SARS-CoV-2.

Starpharma CEO, Dr Jackie Fairley, said: "In this study Viraleze was highly protective against SARS-CoV-2 challenge in an established SARS-CoV-2 animal model of coronavirus infection. These results provide compelling data supporting the utility of a broad-spectrum nasal spray, like Viraleze, to potentially reduce exposure to SARS-CoV-2 virus in respiratory tract and other organs. One of the potential advantages of Viraleze is its ability to significantly reduce viral load in the respiratory tract, which could lower both the transmissibility of the virus to others and severity of disease."