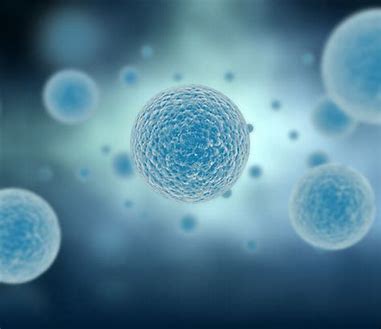 A NEW targeted therapy to treat a rare bile duct cancer called cholangiocarcinoma has been approved for use in Australia.

PEMAZYRE® (pemigatinib) has been provisionally approved by the Therapeutic Goods Administration (TGA) "for the treatment of adult patients with locally advanced or metastatic cholangiocarcinoma with a fibroblast growth factor receptor 2 (FGFR2) fusion or rearrangement that has progressed after at least one prior line of systemic therapy. The decision to approve this indication has been made on the basis of overall response rate (ORR) and duration of response (DOR). Continued approval of this indication depends on verification and description of benefit in confirmatory trial(s)." 1

This means it will be available to Australian patients with cholangiocarcinoma who have been tested for an abnormal gene change in their tumour called an FGFR2 fusion or rearrangement – a defect that can drive cancer growth.

This defect is estimated to be present in around 15% of patients diagnosed with cholangiocarcinoma.2

Australian oncologist Dr David Goldstein said the approval of PEMAZYRE was "a significant step forward" for Australian patients who are diagnosed with this rare and aggressive cancer.

He commented: "This TGA approval of a targeted therapy heralds an era of precision medicine in this rare cancer.

"The study underpinning this approval, FIGHT 202, saw clinical outcomes you would not expect from previous experience after initial treatment ceases to be effective.

"This is one of only a few second-line therapies to offer serious real benefits to patients and will be very focused upon the right tumour type.

"Up until now, we have had some chemotherapies that were effective, but only in a minority of patients.

"This TGA approval is a positive first step. Subsequent reimbursement via the Pharmaceutical Benefits Scheme is really the only way forward to translate this scientific knowledge of targeting a specific tumour type into everyday clinical practice."

While PEMAZYRE is not yet reimbursed in Australia, it is currently being made available to eligible patients via a co-pay access program.

ST CEO Carlo Montagner said PEMAZYRE was a "wonderful inclusion" to the company's portfolio of rare cancer therapies and was synergistic with its mission of providing therapies to patient populations where there is a high unmet medical need.

He said: "We look forward to providing this new highly-targeted treatment to eligible patients with cholangiocarcinoma who have limited therapy options."

PEMAZYRE's approval is based on a clinical trial known as the FIGHT-202 study – a Phase 2 investigation evaluating the safety and efficacy of PEMZYRE in adult patients with previously treated, locally advanced or metastatic cholangiocarcinoma with documented FGFR2 fusion or rearrangement. 2

The safety analysis, including 147 patients, demonstrated that PEMAZYRE was generally well tolerated.