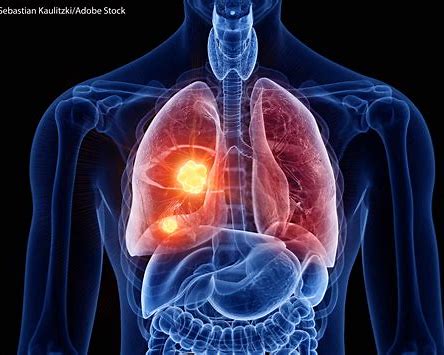 The therapy, ZEPZELCA (lurbinectedin) has been approved by the Therapeutic Goods Administration (TGA) "for the treatment of patients with metastatic small cell lung cancer (SCLC) that has progressed on or after prior platinum-containing therapy".1

This means patients who have failed other existing treatment options will now be able to access another line of therapy.

ZEPZELCA is the first new therapy approved by the TGA to treat second-line SCLC in more than two decades.

Australian lung cancer oncologist Professor Paul Mitchell from the Olivia Newton-John Cancer and Wellness and Research Centre said SCLC was particularly aggressive and more than two-thirds of patients were diagnosed with extensive stage disease. He said fewer than 5% of these patients currently survived more than five years post diagnosis. 3,4

"The new availability of ZEPZELCA will be welcomed by patients, families and the medical community, as we strive to improve patient outcomes for this disease," Professor Mitchell said.

"With this approval, we now have another option for patients who have progressed after prior platinum-based treatments. This provides an opportunity for them to continue treatment and potentially, improve outcomes."

The TGA approval of ZEPZELCA has been granted under a provisional regulatory pathway. The US Food and Drug Administration (FDA) and Australia's Therapeutic Goods Administration (TGA) collaborated via 'Project Orbis' to accelerate availability to Australian patients.

ZEPZELCA's approval is based on clinical data from an open-label, multi-centre, single-arm phase II study in 105 adult patients with SCLC who had disease progression after treatment with platinum-based chemotherapy.2

The data, which appeared in The Lancet Oncology May 2020 issue, demonstrated that in patients with relapsed SCLC, ZEPZELCA provided an Overall Response Rate (ORR) of 35% and a median duration of response of 5.3 months as measured by investigator assessment (30% and 5.1 months respectively, as measured by an independent review committee (IRC).2

The provisional approval is the subject of a further confirmatory study in more than 700 patients with 2nd line SCLC including some Australian sites. This study is expected to be completed in 2025.

ZEPZELCA is being made available in Australia by the independent pharmaceutical Company, Specialised Therapeutics (ST), under exclusive license from international partner, PharmaMar.

ST Chief Executive Officer Mr Carlo Montagner said the approval of ZEPZELCA would potentially make a difference for around 400 Australian patients annually who had run out of treatment options.

"We are delighted to be able to provide a new therapy option for patients with this difficult to treat cancer," he said.

"While patients may initially respond to traditional chemotherapy, they often experience an aggressive recurrence that is historically resistant to treatment.

"Our mission has always been to provide therapies in areas of unmet need and SCLC is certainly one of these areas. We look forward to making a difference for these patients and their families."

"We are pleased to bring a new treatment choice to relapsed SCLC patients. "The accelerated approval of ZEPZELCA underscores its potential to fill an unmet need in this often-overlooked SCLC community."

ZEPZELCA is currently available in Australia via a Special Access Program.