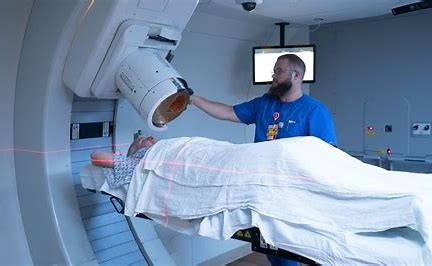 B dot Medical Inc. has confirmed the superconductivity of a superconducting bending magnet designed and manufactured at its factory by cooling and conducting an energization test on a compact proton cancer therapy system under development, and confirmed the generation of a high magnetic field. That means a big step closer to the development concept of the product, which is to make the system significantly smaller and less expensive.

Proton therapy can precisely irradiate tumors deep inside the body, thus minimizing damage to surrounding normal tissues and organs. However, the current proton therapy system is very large because it uses a huge normal-conducting electromagnet for the gantry, which generates a strong magnetic field to bend the high-speed proton beam inside the magnet and rotate it around the patient. In addition to that, the high cost of installation has hindered the spread of proton therapy over the years, and only a few patients are currently receiving it.

B dot Medical has devised a proprietary "non-rotating gantry" and is developing an ultra-compact proton therapy system that is completely different from the conventional structures. The non-rotating gantry is realized by combining the technology to bend the proton beam, which is accelerated to more than 70% of the speed of light, inside a superconducting magnet with a high magnetic field, and the technology to optimize the magnetic field shape so that the proton beam converges to a single point no matter from which direction it enters the magnet. In this energization test, the superconducting bending magnet used in the device under development was cooled sufficiently, and then the magnet was energized to confirm the generation of a high magnetic field.

The proton beam comes from left to right in the figure and is bended in the superconducting magnet:
https://kyodonewsprwire.jp/prwfile/release/M105528/202106236636/_prw_PI1fl_IWawqbzF.jpg

The next step will be a pattern operation test to quickly control the strong magnetic field generated by the superconducting magnet, and then B dot Medical will proceed to a proton beam test to apply for PMDA (Pharmaceutical and Medical Device Act) approval. With the aim of commercializing the product as soon as possible, B dot Medical will promote the spread of proton therapy with the proton cancer therapy system, which has been significantly downsized using breakthrough technology.