Decode Genetics Publishes the Largest Ever Study of the Plasma Proteome

In a study published today in Nature genetics, scientists at deCODE genetics , a subsidiary of the pharmaceutical company Amgen, demonstrate how measuring the levels of a large number of proteins in plasma at population scale when combined with data on sequence diversity and RNA expression dramatically increases insights into human diseases and other phenotypes. 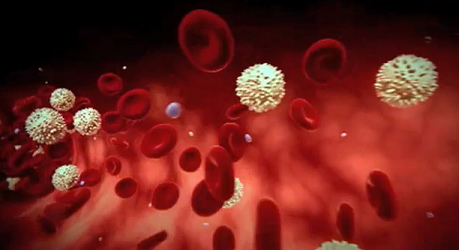 Scientists at deCODE genetics have used levels of five thousand proteins in plasma targeted on a multiplex platform at population scale to unravel their genetic determinants and their relationship with human disease and other traits. Previous studies of the genetics of protein levels either consisted of much fewer individuals or tested far fewer proteins than the one published today.

Using protein levels in plasma measured with the Somascan proteomics assay, scientists at deCODE genetics tested the association of 27 million sequence variants with plasma levels of 4,719  proteins in 35,559 Icelanders. They found 18,084 associations between variants in the sequence and levels of proteins, where 19% are with rare variants identified with whole-genome sequencing. Overall, 93% of the associations are novel. Additionally, they replicated 83% and 64% of the reported associations from the largest existing plasma proteomic studies, based on the Somascan method and the antibody-based Olink assay, respectively.

"Proteomics can assist in solving one of the major challenges in genetic studies: to determine what gene is responsible for the effect of a sequence variant on a disease. In addition the proteome provides some measure of time because levels of proteins in blood rise and they fall as a function of time to and from events," said Kari Stefansson CEO of deCODE genetics and one of the senior authors on the paper.