With Serum Institute as a partner, Novavax is poised to launch in India.

Despite passing the efficacy test with an outstanding score of 90.4%, Novavax's uncertain route to approval in the United States may see India emerge as a significant destination for the shots, with the Serum Institute of India as a manufacturing partner. 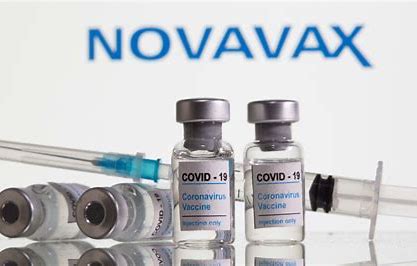 The Novavax trials conducted on 29,960 people in the US and Mexico have delivered results that equal the Pfizer NSE -1.09 % and Moderna jabs and do better than Johnson and Johnson, but regulatory clearance appears distant as an overflowing vault of vaccines has diminished the need for emergency use approvals. Additional EUAs are not required under US law after enough dosages are available to meet domestic demands.

According to a report in NYT, Novavax CEO Mr. Stanley Erck acknowledges that the vaccine's earliest approvals are likely to be accorded abroad and that the company has applied in UK, EU, Korea and India.

According to Indian sources, India can take a cue from the UK regulator but may proceed on the basis of strong interim data.

Accoridng to the Indian government projections, 20 crore Novavax shots (five crore a month) can be available during September 2021 and December 2021 and the number might also increase.

Novavax, named Covavax in India, is in advanced stages of Phase 2/3 “observer-blinded, randomised, active-controlled” bridging trials with SII enrolling 1,600 participants over 18 years across 15 centres. SII has also indicated an interest in conducting trials in children, official sources said. It may well be possible that India becomes the first country for the launch of the vaccine.

The company is already engaged with SII for supplies and is doing trials with ICMR.

The official said that the government is looking at an August-September timeline for the first lot of supplies of Covavax, if the regulatory processes advance smoothly. SII was considering applying for expedited authorisation under the Indian government’s revised norms if Novavax secures EUA in either UK or Europe.

Novavax is easy to store and transport, an important factor that may make it a good fit for India which is not only trying to ramp up its COVID-19 vaccination programme but is also faced with the challenge of taking it to remote corners.

Novavax has begun a continuous assessment of its data with regulators in Europe, the UK, Canada, and Australia, among other countries. In January, the American biotechnology firm had announced that trials in Britain showed 96.4% efficacy against the original strain of SARS-CoV-2 virus and 86.3% efficacy against the B.1.1.7 variant.