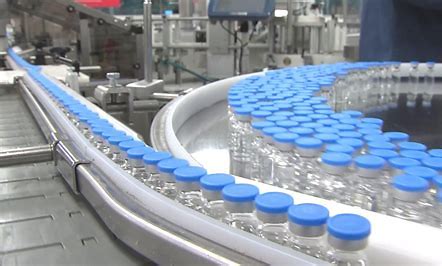 Merck, a leading science and technology company, today announced findings which demonstrated that annualized relapse rates (ARR) remained low and Expanded Disability Status Scale (EDSS) scores were stable in people with relapsing multiple sclerosis (RMS) treated with investigational evobrutinib through more than three and half years. Additionally, the number of T1 gadolinium-enhancing (Gd+) lesions and T2 lesion volume remained low for the duration of the open-label extension (OLE) of the Phase II clinical trial. These data, presented at the 38th Congress of the European Committee for Treatment and Research in Multiple Sclerosis (ECTRIMS), suggest the long-term positive benefits of evobrutinib for people with RMS as a potential best-in-class therapy.

Evobrutinib is an oral, highly selective, central nervous system (CNS) penetrant immunomodulator that has the potential to become a safe and highly efficacious treatment option for RMS by addressing both peripheral and central drivers of inflammation through inhibition of Bruton’s tyrosine kinase (BTK) signaling in B cells as well as microglia. The dual-faceted approach of evobrutinib may offer better control of silent progression of the disease in between attacks on top of strong relapse control in people living with RMS.

“Disease progression is a top concern in the MS community. Learning more about silent disease progression without relapses will help us further our understanding of MS, along with potential treatments, as it has not just physical but also cognitive and mental deleterious impact,” said Patrick Vermersch, MD, PhD, Vice President, Research in Biology and Health, University of Lille. “In this longest-running and most extensive analysis of any BTK inhibitor in development for RMS, evobrutinib maintained disease stability for up to three and half years. It also has the potential to directly address smoldering inflammation in RMS which contributes to the silent causes of disease progression. It has previously shown promising results in targeting central inflammation, including through its modulatory effects on microglia.”

The OLE of the Phase II clinical trial evaluated the long-term treatment effect of evobrutinib on ARR, EDSS scores and several magnetic resonance imaging (MRI) outcomes, in people with RMS:

These data points further strengthen the observations made previously that maximal BTK occupancy throughout the dosing interval achieved with twice-daily dosing is correlated to higher ARR reductions with evobrutinib.

“This is the first time that evidence of sustained efficacy out to three and a half years could be shown with a BTK inhibitor in RMS,” said Jan Klatt, Senior Vice President, Head of Development Unit Neurology and Immunology at Merck. “Combined with our previous data demonstrating reduced volume of slowly expanding lesions, indicative of an effect on microglia, and reduced neurofilament levels, a marker of neuronal injury, we are confident evobrutinib has the potential to offer best-in-class efficacy for people living with RMS.”

Late-breaking data from a post hoc analysis of vaccinated patients (n=24) in the Phase II OLE were also presented, showing 96% of people with RMS treated with evobrutinib (75mg twice daily) were able to mount an antibody response following two doses of an mRNA COVID-19 vaccine, similar to untreated RMS patients and healthy subjects. The increase in antibody response in seronegative and seropositive patients demonstrated a preserved response to novel and recall antigens. This is the first time this could be shown with a BTK inhibitor in RMS and these findings are consistent with the modulation of B cell function, providing a potentially alternative treatment to B cell depletion approaches.