MicuRx Pharmaceutical Co., Ltd. (MicuRx), a leading biopharmaceutical company focused on the discovery, development and commercialization of antibacterial agents against drug-resistant bacterial infection, announced that China National Medical Products Administration (NMPA) has approved its new drug application for contezolid as the treatment of complicated skin and soft tissue infection. Contezolid, designed and developed by MicuRx's China and US R&D team, is the next-generation oxazolidinone agent against multi-drug resistant (MDR) Gram-positive bacterial infection. Contezolid is the exciting product resulting from the company's 12 years' effort, which represents a major breakthrough for the new drug discovery to combat infectious diseases in China. 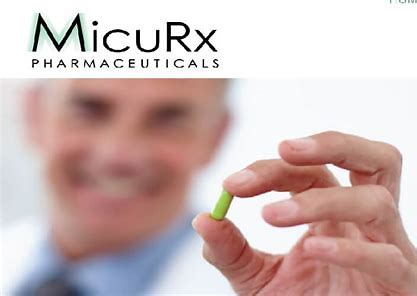 By leveraging the proprietary technology platform built for drug discovery and screening, MicuRx R&D team discovered the next-generation oxazolidinone candidate contezolid (formerly named MRX-I) for the treatment of infections caused by Gram-positive bacteria (including multidrug-resistant bacteria) in 2008. Backed by a massive amount of data, the team has confirmed that contezolid has great efficacy in treating infections caused by MDR Gram-positive bacteria, in the meantime significantly reducing the side effects associated with myelosuppression frequently encountered with the type of antibiotics and the tendency to induce drug resistance. MicuRx has successfully completed nine clinical trials of contezolid both in and outside of China. The approval from NMPA is based on the efficacy and safety result obtained from a multi-center, randomized, double-blind, double-dummy Phase III clinical trial involving 719 patients with complicated skin and soft tissue infections.

Contezolid is the first approved novel drug developed by MicuRx. "This approval recognizes our team's over-a-decade commitment in infectious disease. We thank all patients and investigators who participated in the clinical trials for their dedication and contributions. In addition, we are grateful to the priority review and support for the approval of contezolid from various branches affiliated with NMPA," Founder and CEO of MicuRx Dr. Zhengyu Yuan commented, "Contezolid provides Chinese patients with a new therapeutic choice for the unmet medical needs in fighting against infection caused by MDR bacteria. With the approval of the company's first novel drug, we plan to accelerate the commercialization of contezolid to benefit Chinese patients as early as possible. Additionally, we will continue to make every effort to combat the global challenge of drug-resistant bacteria by creating more superior drugs."

MicuRx will launch contezolid first in China, which is expected to lead a new journey of novel anti-infective drugs in China. Meanwhile, the company has successfully completed the Phase II clinical trial of contezolid for acute bacterial skin and skin structure infections (ABSSSIs) in the US, and contezolid has earned the Qualified Infectious Disease Product (QIDP) and Fast Track designation from the US FDA. The company plans to initiate an international multi-center phase III clinical trial to accelerate the approval for contezolid globally.