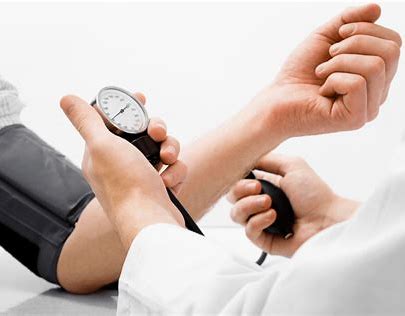 In Singapore, the prevalence of hypertension has shown an increase from 24.2% in 2017 to  35.5% in 2019 to 20201 and it is a major cause of ischemic heart disease, strokes and heart  failure2,3,4. Although conventional medical treatment is able to control one’s blood pressure, it does not completely ameliorate or eliminate risks of cardiovascular disease. For instance,  about 30% of these cardiovascular events occur in patients with well-controlled blood  pressure4.

In this prospective and observational study, titled REMODEL (Response of the Myocardium  to Hypertrophic Conditions in the Adult Population)5led by Associate Professor Calvin Chin,  Clinician Scientist and Senior Consultant from the Department of Cardiology at NHCS, CMR was performed in close to 800 patients with hypertension. The patients were followed up for  adverse cardiovascular events over an average period of more than three years. CMR is a  useful diagnostic tool which detects heart structural abnormalities and quantifies fibrosis  without the invasive sampling of heart muscle tissues.

Myocardial fibrosis typically happens in patients with previous heart attacks. Correspondingly,  patients in the REMODEL study did not have previous heart attacks, hence any occurrence of  myocardial fibrosis have been deduced to that of patient’s susceptibility to blood pressure, and  other reasons such as genetic predisposition and other medical co-morbidities like diabetes.

“Although anecdotal reports have previously shown the presence of heart muscle scarring in  patients with hypertension, this is the first study that confirms the adverse association between  scarring of heart muscle and the cardiovascular outcomes in patients with hypertension. We  found that heart muscle scarring is a stronger predictor of adverse outcomes even after  correcting for patients’ age, sex and systolic blood pressures,” said Assoc Prof Calvin Chin,  who is also the Director of Cardiac Magnetic Resonance Imaging at NHCS.

Following these findings that were published this year in the medical Journal Hypertension,  Assoc Prof Calvin Chin and the team are now into the next phase of an ongoing trial  REVERSE-LVH6to assess the potential of reversing heart muscle scarring, through the use  of specific therapies targeted at fibrosis in patients with hypertensive heart disease.  REVERSE-LVH is a randomised controlled study to compare the efficacy of medications in  regressing myocardial fibrosis. Patients recruited in the study would undergo CMR after a year  to quantity the amount of myocardial fibrosis detected before and after treatment.