India cleared the 4th vaccine for emergency use in the country, the US-made Moderna.

Moderna Approved For Emergency Use, 4th Vaccine Okayed By India Cipla had referred to the government's decision to waive bridging trials for foreign vaccines if it is cleared for emergency use in countries like the US and if the safety assessment data of the first 100 beneficiaries is submitted before mass rollout. 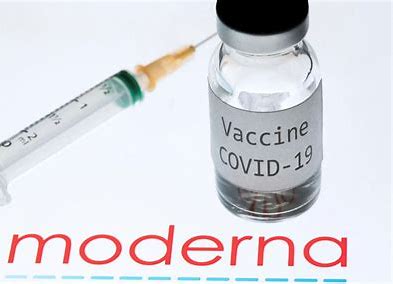 Mumbai-based pharma major Cipla has been allowed to import Moderna's Covid vaccine for restricted emergency use in India, where the vaccines used so far were Bharat Biotech's Covaxin and Serum Institute of India's Covishield. Russia's Sputnik was also cleared recently.

Details of a rollout plan are not out yet. It is not clear how many doses will be available in India and when. Sources say for now, Cipla is only looking at receiving donated vaccines; commercial agreements are still being processed.

"Cipla Limited is supporting Moderna Inc with the regulatory approval and importation of vaccines to be donated to India. At this stage, there is no definitive agreement on commercial supplies," Cipla said in a statement.

Out of all four, Moderna has the highest effectiveness - it is 94 per cent effective compared to Sputnik (91 per cent), Covaxin (77.8 per cent) and Covishield (74 per cent).

"I am pleased to inform that application received from Moderna through their Indian partner Cipla has been granted. This opens up the possibility of the vaccine being imported in the near future. Other formalities to follow. But important that licensure has been given," said VK Paul, who heads the Covid task force.

Dr Paul said only regulatory clearance had been given to Moderna for now.

Both Pfizer and Moderna have asked for an important concession - they want indemnity from liability in case of any adverse effect of the vaccine. India has, so far, not granted indemnity to any vaccine-maker.

Dr Paul said the government had "multiple sessions" with Pfizer and the company has to make the next move.

"We are going through talks. There has been an exchange of information and inputs. There has been a back-and-forth on that. Intensive meetings were held last week. We are awaiting feedback from Pfizer," he told reporters.

Recently, Pfizer CEO Albert Bourla had said that the company's vaccine may soon be available in India as the process of its approval is in the "final stages".

"Pfizer is now in the final stages to get approval for COVID-19 vaccine in India. I hope very soon we will finalise an agreement with the government," Mr Bourla had said.

Like Pfizer, Moderna is an mRNA vaccine that has fragments of the genetic material known as messenger RNA.

The vaccine works by giving cells temporary instructions to make the coronavirus spike protein. The protein is found on the surface of the COVID-19 virus.

Cipla received clearance to import Moderna vaccines within 24 hours of its application, due to the government's revised policy on accelerated approvals for foreign vaccines. It had taken Sputnik two months for the same approval.

Cipla, in its application to the drug regulator, had referred to the government's decision to waive bridging trials for foreign vaccines if it is cleared for emergency use in countries like the US and if the safety assessment data of the first 100 beneficiaries is submitted before mass rollout.