U.S. government commits to purchase approximately 1.7 million courses of Molnupiravir upon issuance of Emergency Use Authorization or approval by the U.S. Food and Drug Administration 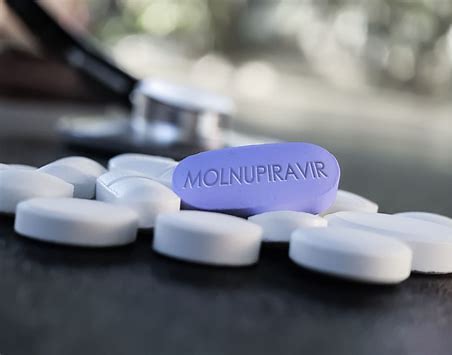 Merck (NYSE: MRK), known as MSD outside the United States and Canada, today announced it has entered into a procurement agreement with the United States government for Molnupiravir (MK-4482). Molnupiravir is currently being evaluated in a Phase 3 clinical trial, the MOVe-OUT study, for the treatment of non-hospitalized patients with laboratory-confirmed COVID-19 and at least one risk factor associated with poor disease outcomes. MSD is developing Molnupiravir in collaboration with Ridgeback Biotherapeutics.

"MSD is pleased to collaborate with the U.S. government on this new agreement that will provide Americans with COVID-19 access to molnupiravir – an investigational oral therapy being studied for outpatient use early in the course of disease – if it is authorized or approved," said Rob Davis, president, MSD. "In addition to this agreement with the U.S. government, we are actively engaged in numerous efforts to make molnupiravir available globally to fulfill MSD's commitment to widespread access."

MSD also plans to submit applications for emergency use or approval to regulatory bodies outside of the U.S. and is currently in discussions with other countries interested in advance purchase agreements for molnupiravir. MSD is committed to providing timely access to molnupiravir globally and intends to implement a tiered pricing approach based on World Bank data that recognizes countries' relative ability to finance their public health response to the pandemic.

As part of its access strategy, MSD has also entered into non-exclusive voluntary licensing agreements for molnupiravir with established generic manufacturers to accelerate availability of molnupiravir in 104 low- and middle-income countries (LMICs) following approvals or emergency authorization by local regulatory agencies.

In addition to developing molnupiravir, MSD is contributing to the pandemic response by collaborating with Johnson & Johnson to support the manufacture of its COVID-19 vaccine.

This procurement of molnupiravir will be supported in whole or in part with federal funds from the Department of Health and Human Services; Office of the Assistant Secretary for Preparedness and Response; Biomedical Advanced Research and Development Authority, in collaboration with the DOD Joint Program Executive Office for Chemical, Biological, Radiological and Nuclear Defense (JPEO-CBRND) under contract number W911QY21C0031.