India's vast population will have access from today to the Australian developed anti-COVID nasal spray Viraleze™ following its registration in the country. 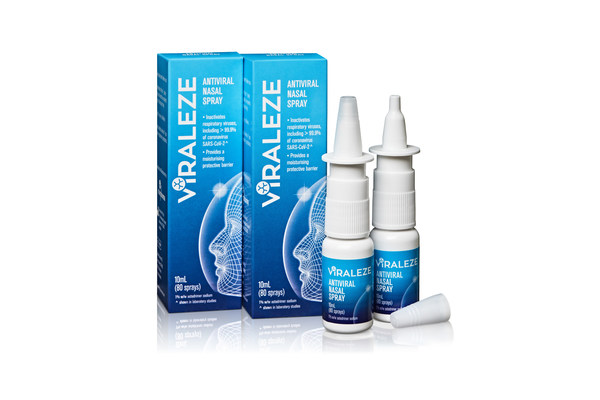 The announcement came as the world's second most populous country battles a devastating second wave of COVID-19 infections, with over 29 million cases and 363,000 deaths. Yesterday, India set a new global record for deaths after 6,148 people died in the previous 24 hours.

Developed by biopharmaceutical company Starpharma, Viraleze™ has shown to inactivate a broad-spectrum of respiratory viruses, including more than 99.9% of coronavirus SARS-CoV-2 (the virus that causes COVID-19). The product can be applied either before or after exposure and can be used in high-risk or crowded environments up to four times a day.

Importantly for a largely rural population like India's, the spray can be stored at room temperature and does not require cold storage or specialised transportation.

Indian consumers can purchase the spray from www.viraleze.co and Starpharma's discussions with commercial partners in India for distribution into both the private (consumer) and Government markets are well advanced.

"The active in Viraleze™, astodrimer sodium, has been shown to be highly active against multiple strains and variants of SARS-CoV-2, including the problematic Alpha variant, which is the second most common variant in India and has been responsible for COVID-19 cases in about 135 countries."

Starpharma has received interest from more than 30 countries since launching its webstore, including from Japan where the Olympics hosted next month, and has been in the grip of a fourth wave of COVID-19 infections.

Viraleze™ has also been ordered by several international sporting teams, including Olympic teams. Starpharma has signed a partnership agreement for Viraleze™ with the Harlequins rugby union team in the UK which are using the product as part of its COVID-19 prevention protocols.

Viraleze™ complements other COVID-19 prevention strategies, including vaccines. It has special relevance in areas of high population density, and where social distancing is not possible and in high-risk environments such as travel, hotel quarantine, and sporting events.